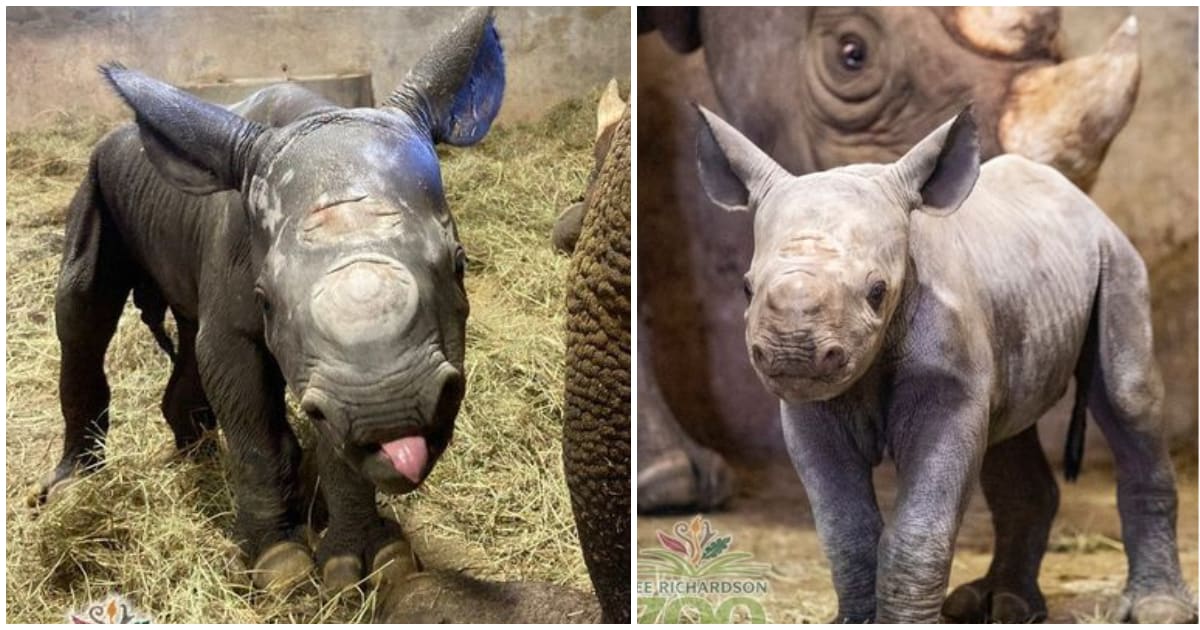 The eastern black rhino has been the favourite of poachers due to the coveted horn on its head, enlisting the animal on the “critically endangered” species list by the International Union for the Conservation of Nature. According to a survey, less than a thousand are alive today, and found only in Rwanda, Kenya and Tanzania.

So it’s always a milestone when one of these beautiful animals is born, inspiring hope that the species can repopulate and live on for generations to come.

The reason why the Lee Richardson Zoo located in Garden City, Kansas is more than excited in announcing the north of the newest baby rhino.

The baby rhino is the baby of a seven-year-old father Jabari and a ten-year-old mother Johari. According to a report released by the zoo, the rhinos were mated as part of the program initiated by the Association of Zoos and Aquariums’ Eastern Black Rhinoceros Species Survival Plan (SSP), a program made to repopulate the rhino species in a natural and healthy atmosphere.

It’s the first child for Johri, and the zoo is proud that the delivery was “very smooth,” and both mother and child are sharing a loving bond in the private labor room.

The Lee Richardson Zoo said the Animal Care staff is taking full care of the mother and child and keeping a watchful and respectful eye on them. They will continue to bond inside the barn till they are ready for the outdoor environment.

The rhino calf weighs at 93 pounds after few days and is busy exploring the little world around.

The calf was seen spending casual time around his mother enjoying some sparing activities and of course sleeping, snorting, shaking his head at the keepers, and being nursed.

According to a report released by the zoo thr Eastern Black Rhino is one of the rarest remaining rhino sub-species, and only 740 in existence, as per a 2018 report.

The calf is now the youngest of the endangered rhino species, and is born just few days after Toshi, the oldest Eastern Black Rhino dies at the age of 44 at the Zoo Miami in North Carolina.

Since it’s birth the calf has made a large fan flow. Matter of fact, the zoo is being flooded by fans eager to vote a name for the little rhino baby.