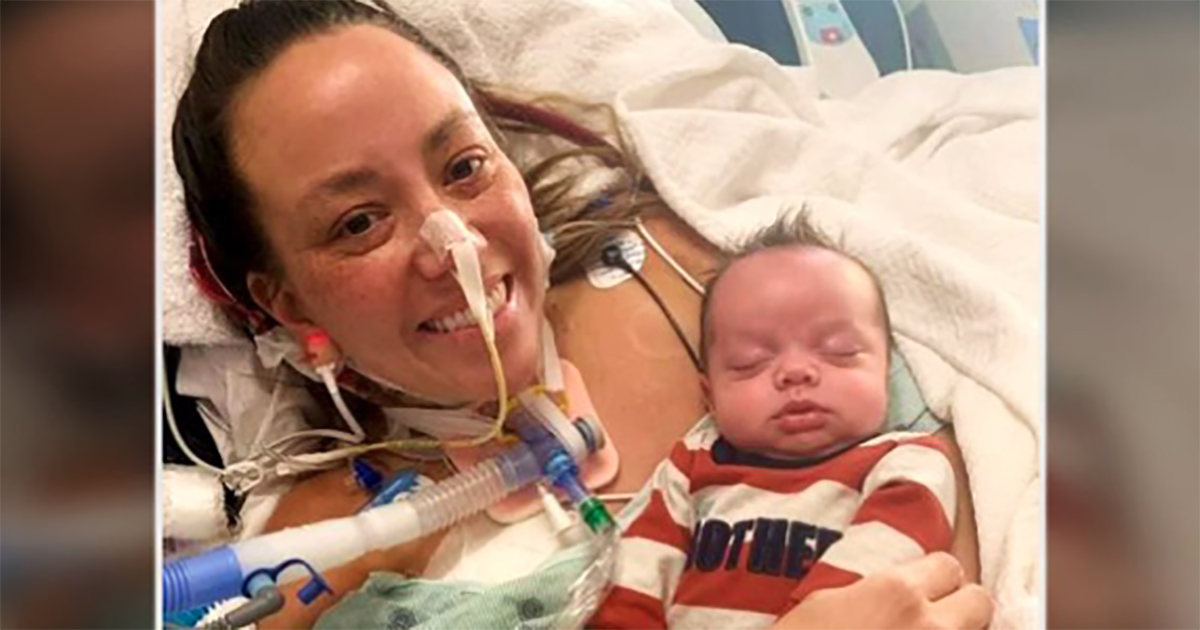 A mom on life-support recovers amazingly after she went through an emergency C-section. She also was hospitalized with COVID-19. The mom held her baby for the first time since its birth seven weeks ago. Now she’s back home on way to a full recovery.

Mom on life-support recovers amazingly, this is her story

On October 19th, Autumn Carver (34-years-old) held her son, Huxley, for the first time. Her baby was in the same Indiana hospital as her. She gave birth to her son, while 33 weeks pregnant on August 27 through an emergency C-section.

Both parents tested positive for COVID

Both Carver and her hFusband Zach tested positive for COVID in August. Though Zach suffered from fever. Carver showed signs of lung complications and required the use of a ventilator.

She was flown over to Methodist Hospital where she had delivered her third and first son Huxley. Huxley stayed at the hospital for 10 days after his birth. But, Carver needed life-support.

Zach Carver told Good Morning America, it was emotional for both of us as parents. It’s the reason she fought so hard. And finally she can go home to her kids.

Zach said his wife is the most loving and caring person he knows. He said she has the ability to lighten up a room.

Zach posted on Facebook announcing the happy news. He wrote: a surprise conversation with the doctor took place this morning. According to it his wife is out of isolation and they  have a plan for her to hold Huxley. A convo suggested his wife’s tracheotomy should be switched by a smaller one. This will assist her to speak with a speaking device.

He recalls she held her son at 3 pm and it was an amazing moment. Her parents, best friends and many doctors and nurses witnessed the beautiful moment. There wasn’t a single dry eye. Later on in the day she even told ‘I love Zach’. Honestly, it was an amazing day.

Zach said there is still a long way to go, but in the end it’s worth it. Carver says thanks for all the prayers and support she’s received and says God bless all who prayed for her.

Later the mom got shifted to Northwestern Memorial Hospital in Chicago. According to Faith Tap, her lungs are in a serious condition and could face a lung transplant soon.

On November 17th her husband posted an update saying his wife is much better now and is able to walk around in the room. She doesn’t need any support while walking.

An absolute miracle for the family

He says they went from knowing she’s going to die, to she will need a full lung transplant to finally going home. It’s a total miracle.

It certainly is a miracle on how the mother recovered. Though thankfully she is back with her kids. 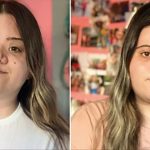