2020, the second decade of the 21st century has made us surprised and awestruck before the death and affectation from dangerous COVID 19, which is publicly known as the coronavirus. At the beginning of the year everything seemed normal like any other year but as the first month of the year passed, the strifes of this virus started to come to the surface making the entire world aware of its harmful attack to the human body.

China is the first prey to this virus that caused the deaths of thousands in the country. This fact was primarily suppressed on behalf of the country. Hence, other countries could not take any preventive measures against this virus. Thus, now it has been declared as the Pandemic by the World Health Organization (WHO). So, the next country, which is the most affected one till the date is Italy. Nobody knows how this virus struck the country so harmfully, but it has caused numbers of demise in the last one month. 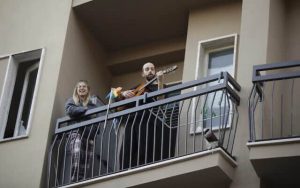 The situation is so serious and pathetic that even there is a shortage of place and people for the funeral of the deceased. Under such a pitiful condition, the government has decided to completely lock down the country as the country has reached the stage-3 of the disease. So, Italians have nothing to do but to shut themselves behind the doors.

When the condition is pitiful and out of control, the best thing is to accept it positively. The Italians are doing the same. They have locked themselves in the houses but enjoying their days by many rejoicing and creative activities. Besides the harmful effect of COVID 19, the positive side is that people have got the time to cherish themselves by hobbies and creative things outside of the professional world. So, they are singing from their balconies, windows, terraces and entertaining themselves and encouraging the health of employees and police forces, who have to work 24/7 in the hope of taking control of the situations.

In this respect, there are some videos on YouTube showing how Italians are spending their days in house arrest. There we can see that they are singing somewhere in Corus and somewhere alone with the guitar and down on the road, there is the police force constantly paying service to their country to deal with the helpless situation in the better way. The people from the houses are seen as tension free and gay even under such a situation. 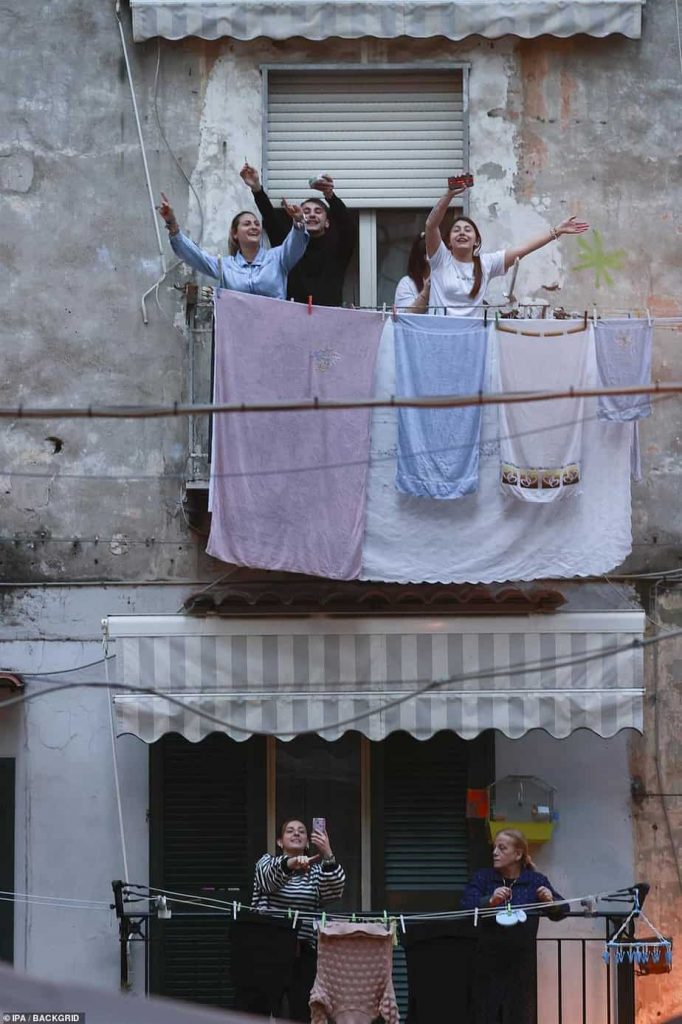 This trick seems really effective as the worldwide medical teams and doctors are telling people to stay happy and tension free to cope up with this attack. The scientific reason behind this advice is that our body releases some harmful chemicals in our bodies during the stress and tension. These chemicals push back our immunity system. On the other hand, there is no proper medicine or treatment for the disease from the coronavirus (COVID 19). So, immunity power is the only weapon we have to fight this threat. So, Italy is now happily fighting the corona attack to empower their immunity and endure their house arrest at the same time.