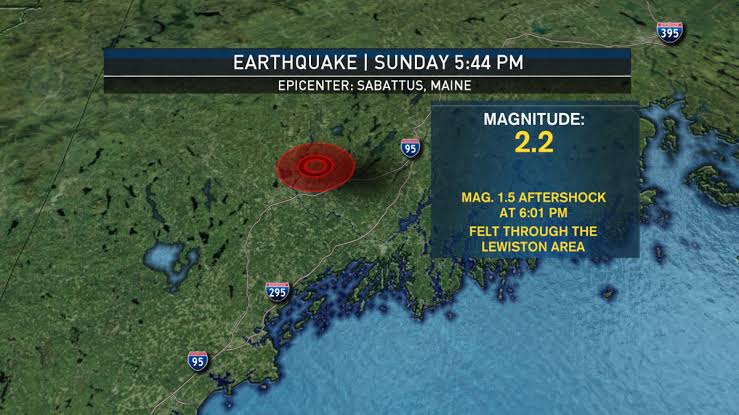 An earthquake measuring 3.6 on the Richter scale struck in the Atlantic Ocean around 9:10 a.m. 8 miles off the coast of New Bedford at a depth of 9.3 miles of Buzzards Bay according to a report by CBS USGS. No immediate report of injuries or major damage was reported. The USGS stated the quake had a magnitude of 4.2 before it downgraded to 4.0 and finally to 3.6.

The Massachusetts Department of Emergency Management Agency has confirmed in a Twitter statement, there is no tsunami occurrence danger due to the earthquake.

A statement has also been issued on Facebook by the Fall River Police stating they received numerous calls regarding minor damages to people’s homes such as shelves falling down. Two street signs were reportedly uprooted by the quack. Though no human casualty has been reported caused by the quack.

The last time New England experienced an earthquake was on Oct. 16, 2012, when a 4.5 magnitude earthquake hit Saco, Maine according to the USGS reports.

The quake on Sunday came just ahead of the 265th Cape Ann earthquake anniversary which was the most destructive quake to hit, damaging more than 1,000 homes. Struck on Nov. 18, 1755, the Cape Ann quake shook the north coast of Boston 30 miles off sending shock waves all the way to Montreal. The magnitude of the quake according to a USGS study was 6.0 to 6.3.