The Avatar 2 team released a first look at the human science laboratory on Pandora. This has delighted the Avatar fans across the globe to no end and given signal James Cameron is back on the sets of Avatar 2 and working on his long-awaited planned sequel after the long delay the team had to face after the COVID-19 pandemic. There’s no doubt, work has begun and everything is going as planned to such levels, Cameron has released live-action shooting photos of Avatar 2 and is very well into the shooting of Avatar 3 as well. 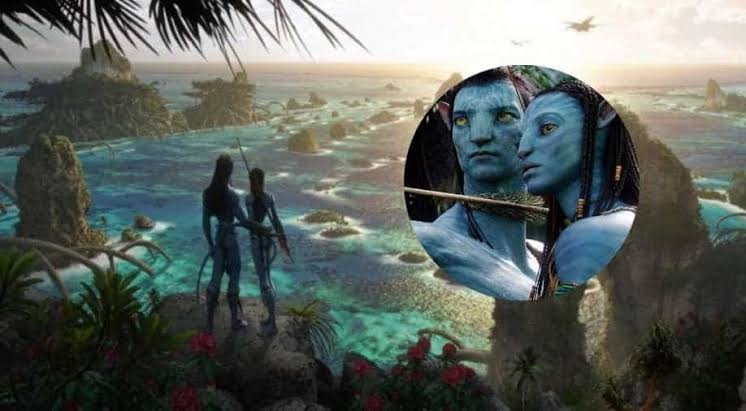 Of course, the fans of Avatar are not waiting for only the second sequel but all four sequels promised by Cameron. Of course, it’s the success of the first one that made way for the second sequel and now the success of the second at the box office will decide the future of the upcoming sequels. The first of the four inline sequels will bring the moon Pandora again in front of the audiences. The conflict between nature-loving Na’ vi and the greedy humans begins again with Avatar lead couple Jake Sully and Neytiri kids getting caught up in this battle. In the previous sequel, news fans were already informed about a new underwater kingdom on Pandora and with the latest behind the scenes of underwater shooting scenes, including a glimpse of cast members Kate Winslet and Sigourney Weaver doing water scenes for Cameron.

The latest reveal to make its way to the media is a photo from behind the scenes from Avatar 2 and it’s not a cool looking boat or a glimpse of the actors on the sets, but a photo of the futuristic interior (as per a previous teaser image posted on social media). See the image below as posted by producer Jon Landau on Instagram:

The Resources Development Administration aka RDA is the innocuous name given to the non-innocuous entity that’s responsible for the exploitation of Pandora’s natural resources generically named mineral unobtanium. The above image clearly shows the facility known as Bridgehead alias RDA is in full throttle and hard at work on Pandora and not leaving any stone unturned in squeezing every last ounce of value from the operations going on. Of course, even the first sequel of Avatar had a highly developed lab that helped the company in running its devious plan infiltrating Na’vi by using Avatar-driven soldiers like Jake Sully which backfired as Sully became emotionally attached with them and eventually gave his heart to Naytri. The first sequel ended by defeating the human invaders, but its obvious one defeat is not going to put the greedy humans at bay, and with an evil company like RDA running operations, it’s a fair bet they are not going to leave Pandora that easily.

As with all the behind the scenes photos and reveals from Avatar 2, none have given any hint of what the plot is, but does show exactly how much detailing Cameron is adding to the movie. It will definitely be a wait worthwhile to see these meticulously crafted and technologically amazing elements come alive when we see Avatar 2 and Avatar 3 on the screens.