Breatheful
Home Lifestyle A Special Education Teacher Isolate A Student With Autism In A Bathroom...

It is usually a happy moment when a parent sends his or her child to school; a lot of great expectations are felt by the parent since she believes that his kiddo will learn a lot. However, these expectations are might be contradictory to the child and they will be defined by the environment that the child is welcomed within the school. A student has faced the worst occurrence in school after he teaches bullied him which is less expectation to the many. 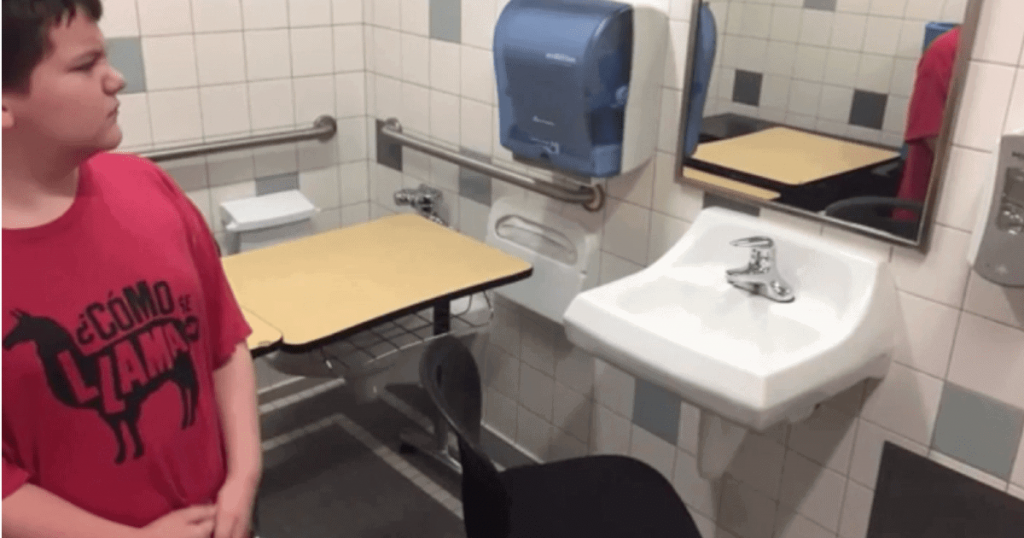 When Danielle Goodwin took his child Lucas to school on Monday she received the worst news about his child who has special needs. “The teacher informed us that he would be studying in the bathroom,” Danielle told Q13 News.

This was no longer a joke, to make the matter worse the teacher had already initiated the program of Lucas studying in the bathroom which stood as a shock to the mother, the teacher had put Lucas’ desk, chair, and a sleeping matt inside the bathroom at Whatcom Middle School in Bellingham, Washington.

This was a great contradictory to what the teacher and the parent had agreed on, Danielle had requested the teacher to look for a quieter place for Lucas to take his studies. The 11 years old kiddo suffers two rare conditions of autism and pediatric Autoimmune Neuropsychiatric Disorders Associated with streptococcal infections loud noises are a trigger to these conditions and germs are play a great impact in triggering these conditions.

Previously, Lucas had no issues meeting all the educational requirements and obligations but now they are facing a greater challenge and wondering what is the future of Lucas if he starts to face such great challenges in the school.

After the incident, Danielle took some pictures of the proposed sitting arrangement for his son and took to his son home since Lucas send that he didn’t want to stay there anymore, here is what he sends.

“Sad, stressed, embarrassed,” he said about his new learning space, I was like how is this happening? How am I in the bathroom? Why?”

After the school district received the news they released a statement that directed the removal of the desk from the bathroom. They also directed that such situations should never happen in a school in future occurrence.

Although Danielle is glad for what the district council did she is still concerned that about Lucas his son’sson’s self-esteem which was downgraded by the incident. This should never happen to any child in future. Let’s play for Lucas to heal from this low self-esteem situation.

GOT7 Talk About Being Romantic And What Type of Music They...