Children come as a blessing to many people and they will become part of the responsibility to the parents in terms of taking care of them at all times. However, not many parents who have been blessed with children will appreciate this gift and they will tend to neglect their children which is a very bad attitude considering that children are not a burden to the parents or the guardians. In a recent occasion, negligence has been spotted in a mother who was bringing suffering to her kind in the cost of her happiness. 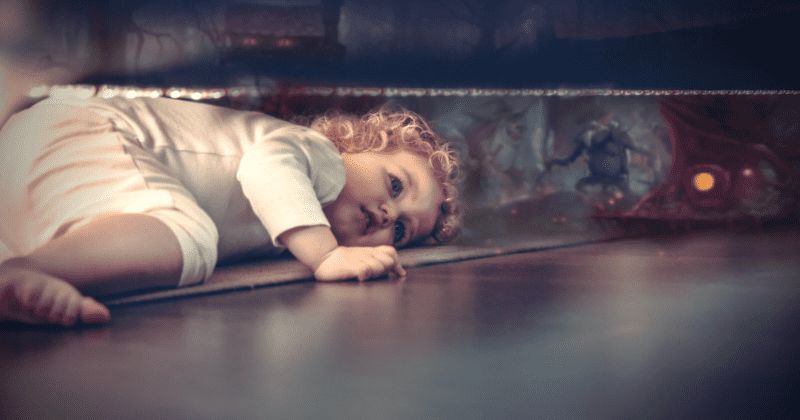 The Ukrainian police received a call from worried neighbors in Odesa who saw a neighboring apartment that was getting flooded. When the police arrived they uncovered a horrific situation that will make your bile rise. A 3 years old boy was, who was completely naked was found under the bed inside the filthy apartments in one of the rooms.

The young boy was left all alone in the apartment with no food to eat and in a cluttered house which was full of cockroaches that crisscrossed in the house. The boy had been locked inside the house by her mother who left him in the cost of going out with friends and not caring about his child.

The police officers found the house to be unfit for any human, not even an adult could survive safely in such a house. The mother to the boy never gave second thinking on living the young minor all alone amid such a messed house with no food to eat.

The young child had been left with no food and he was forced to eat sugar which the only edible product that he found in the house for 3 days which he ate until it was over and now he was forced to chew the bag that was holding the sugar that could have led to chocking if the police didn’t find the young boy. Before that he had tried to look for water and luckily he managed to open the tap to gets some water where he left the water from the tap still running, thus leading to flooding in the house downstairs. When the woman living downstairs saw water seeping through her wall she became suspicious and decided to call the police. The boy was forced to go to one of the rooms naked and hide under the bed in the room where the police officers found him.

When the boy was taken to the hospital he was found malnourished by the doctors. The after the rescue the boys’ mother named Natalia returned home just to find her son was not there. The police arrested her and she was taken to the custody and was charged with negligence.

Since the police found that the mother to the boy was not responsible enough, the boy is likely to be taken to an orphanage after being released from the hospital. The mother has also been charged with failing to give the child the necessary parental care.