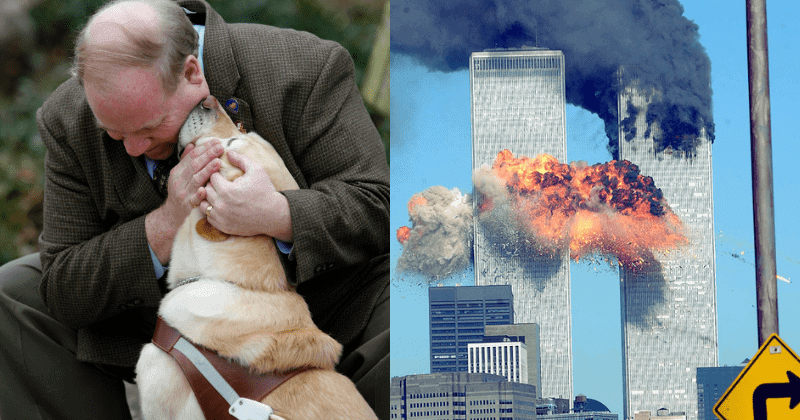 Many people tend to forget the importance of their pets and they underestimate them in many ways. The companionship between man and their pets is the best if it is placed in the right way. When you treat your animal which keeps as a pet in the right way you get much companionship from it. A true example can be extracted from an occasion that happened sometime back when the dog helped his owner who is a blind man together with 30 more people.

Roselle was the name that Michael had given his Dog; Roselle had been a guide to this man for a long time. Michael had been working as a sales manager on a 78th floor of the world trade centers of the north tower.

On September 11th, 2001 Michael was in the conference room with Roselle under the desk when suddenly a hijacked plane hit the building, which made the whole building shake. Everybody in the building was in great panic and they thought that they were about to take their last breath. Michael was with his dog holding him with his hands.

Everything had started turning into debris, Michael thought for a minute and he decided to leave the house by the guide of his dog. Since the elevator had been crashed and distorted he directed the dog to use the stairs in the 78 storey building.

Down the stairs, they faced a lot of challenges moving away from the flying debris. On the 6th floor, they faced the challenge of passing through the fire that was eating up the house rapidly. However they managed to maneuver through and got out but as they got out a big bang was heard, the big building was falling. Everybody was now running for his life, Michael continued running together with his dog until they got to saver grounds.

Michael survived together with his dog from the tragedy. However, the dog died in the year 2011. Michael went ahead and wrote in one of the websites about the dog and how he had helped him escape his death. Truly Roselle the dog was a great hero.

Top Ten Gifts To Offer To Loved Ones On Christmas...