Breatheful
Home News A heart- Wrenching Act of a Palestinian Man Who Climbed on a... 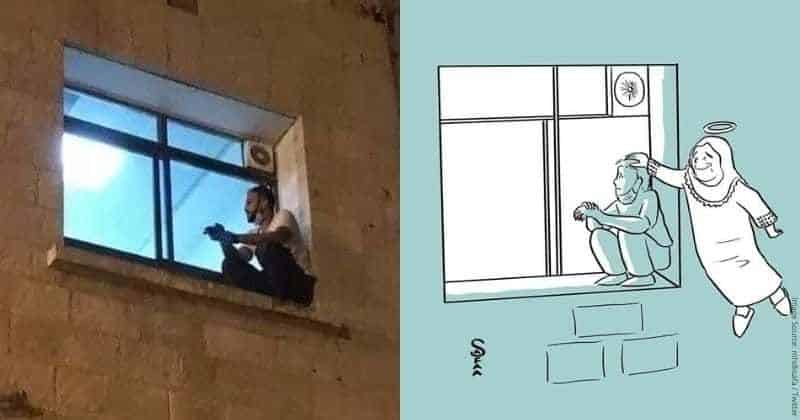 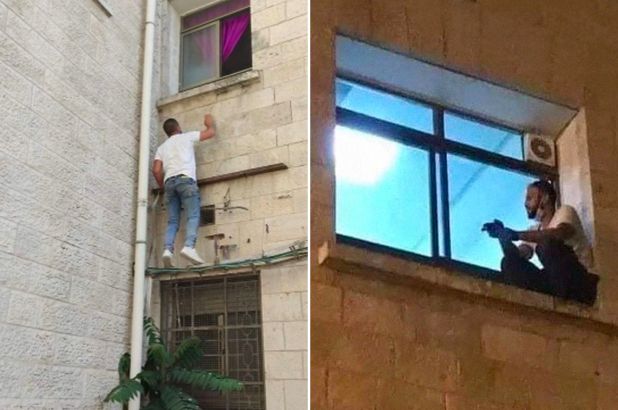 Parental love which is given to the children is truly unconditional and in return, the children love their parents even more and they will do anything to protect their parents like they were protected by their parents. A heart-wrenching occasion observed by many people recently, a Palestine man named Jahid Al- Suwaiti went beyond his love for his dying mother and expressed how much he loved her mother.

The 30 years old man left many people’s mouths open for his true expression of love to her mother. The man went ahead and climbed a hospital building where her mother was getting her treatment. The boy just wanted to have that moment with her. Jahid climbed up to the window frame of the intensive care unit where his mother was. The mother had been admitted there and she had been diagnosed with the catastrophic coronavirus disease.

The scene that had attracted many positive reviews and feedback from many people was captured on the 16th of July 2020. According to the curious observers who had wept uncontrollably at the sight of the scene described in order of the event. They explained that they had pleaded with Jahid for him not to continue with what he was doing but their actions barely bore any fruits he had given them a deaf year. Jahid continued climbing towards the window frame where he believed that he would see her mother and be with her who was in the Intensive Care Unit.

The 73 years old mother had been admitted to the hospital of Hebron state hospital and diagnosed with leukemia and COVID 19 virus. The reason that had pushed Jahid to such a thick situation was that he had been denied to see her mother by the health officials for they were afraid that he might contract the virus from her mother, knowing that his father had died 15 years ago when he was still young. Nevertheless, he looked for another way to achieve this and it was only by mounting to the wall towards the Intensive Care Unit where her mother was. Jihad was the youngest in the family and he loved her mother unconditionally who died on the day he climbed the wall, just before he was informed his mother had taken her last breathe and was there no more. Jihad was very angry and disheartened by the news this news of the demise of her beside the efforts he had made in order to see her alive and be with her became unsuccessful.

This event had been posted by a famous Mohamad Safa on his tweeter account Mohamad is a human rights activist and a representative to the United Nations.

Will Heat Kill Corona Virus? This Is What Scientist Says.