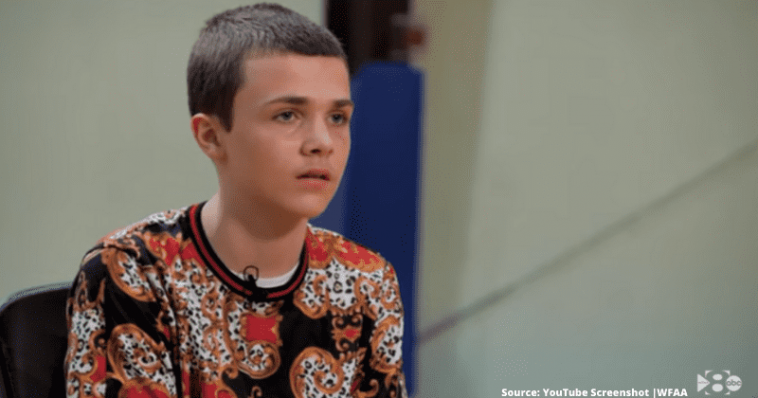 A 13-year-old boy wants a forever home. As he’s spent most of his life in and out of foster homes. Weary of waiting for a stable life Tim says, he wants a mom and dad at least.

Tim is a 13-year-old boy who’s lived most of his life in the foster care system. Now he’s fed up with his moving life and is on the lookout for a family who he can call his own and forever.

Recently he appeared on Wednesday’s Child. Sharing his feelings he said at home he’s an angel. A perfect child. This was noted towards his behavior at the residential treatment center for foster children.

Tim has been part of the foster care system since he was just three years old. And since then he’s been yearning for a family that will call him their own son. Today he’s 13-years-old. His caseworker flew him especially out of Dallas and got him featured in the show’s segment. The hope was maybe he could get the attention of a loving family who were on the lookout to adopt a boy, according to reports from KHOU11.

He’s been in foster care for most of his life. At 13, all Tim wants is a chance to be someone’s son.https://t.co/kOzLmEqn51

Tim says he’s certain he wants at least a mom and dad. He said he finds it hard to sleep nowadays as he’s always worried he’ll have to move out soon. He said with a heartbroken expression, the feeling is like being in a prison without walls. Even if you run, where can you run off to. So, you come back to where you ran from.

What Type Of Family Does This 13-Year-Old Want?

Tim says he longs for a mom who will take care of him, will worry for him. He said he would feel embarrassed at times  because of her worrying when she would ask him how his day went when he entered the door. His dream dad is someone who will teach him how to be an amazing man, pay attention to him and be his hero. He’ll go outside with him and give him a normal life.

He also wants to have a lot of siblings. He says it gets kind of boring playing all by yourself. And would love it if they were older than him.

Do You Want To Adopt This Sweet Boy13-Year-old?

Tim says whoever adopts him in return he will give them his smile, laughter and hope to them. All he wants is freedom and a stable safe home. Parents who can trust him, he will come back once he goes out of the door.

If you or anyone you know is interested in adopting a Tim, you can submit your home studies at LaQueena.Warren@dfps.texas.gov.

Please share this post so Tim can soon get a family he can call his own and one that will be his forever.