Steve Irwin needs no introduction. He became a certified legend when he was alive. While he was alive he worked in promoting animal and wildlife conservation. Today his children Bindi Irwin and Robert Irwin are following his footsteps.

Bindi Irwin Carries Her Father’s Legacy Along With Her Family

Fortunately, his wife, Terri, 57, and Bindi along with Robert work together at the Australia Zoo and continue their father’s legacy.

But, looks like even the next generation is ready to follow in Steve’s footsteps. Last year, Bindi and her boyfriend Chandler Powell, 25, announced the birth of their daughter Grace Warrior. Grace is now one years old and is already fascinated by her granddad’s videos.

Bindi Irwin’s daughter Grace Warrior is “captivated” while bonding with her late-grandfather in a unique way https://t.co/JWXgSikRvm pic.twitter.com/FqtIrAYufA

Bindi spoke to PEOPLE and said they have so many videos of him so they play them all the time. She said it’s so much fun watching her study dad’s facial expressions so closely.

Matter of fact, Bindi says she can already see elements of her dad in her daughter.

Bindi On Her Possible Granddad-Granddaughter Relationship

She says he had a determination and the inability to sit still, these were his special points. It’s really going to be great to see her develop. She also said if Dad was around, he would have been in love with her and probably we would not see her as she would always be with him.

Bindi Irwin said Grace just stares at him. And is fascinated by him talking about crocs and spiders.

Earlier this year, Grace celebrated her first birthday. To mark the occasion, her family created a cut-out of Steve. 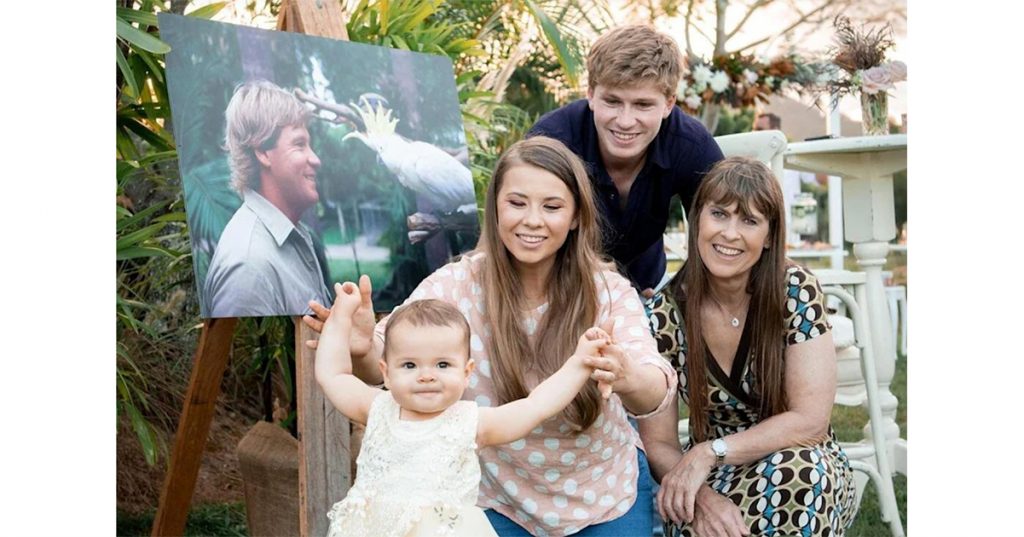 No doubt Steve Irwin must be proud looking down on his family. And must be overwhelmed on seeing them carry on his legacy.

We are certain his fans must miss him and his incredible work dearly. But it’s nice to see his family is carrying on the work.