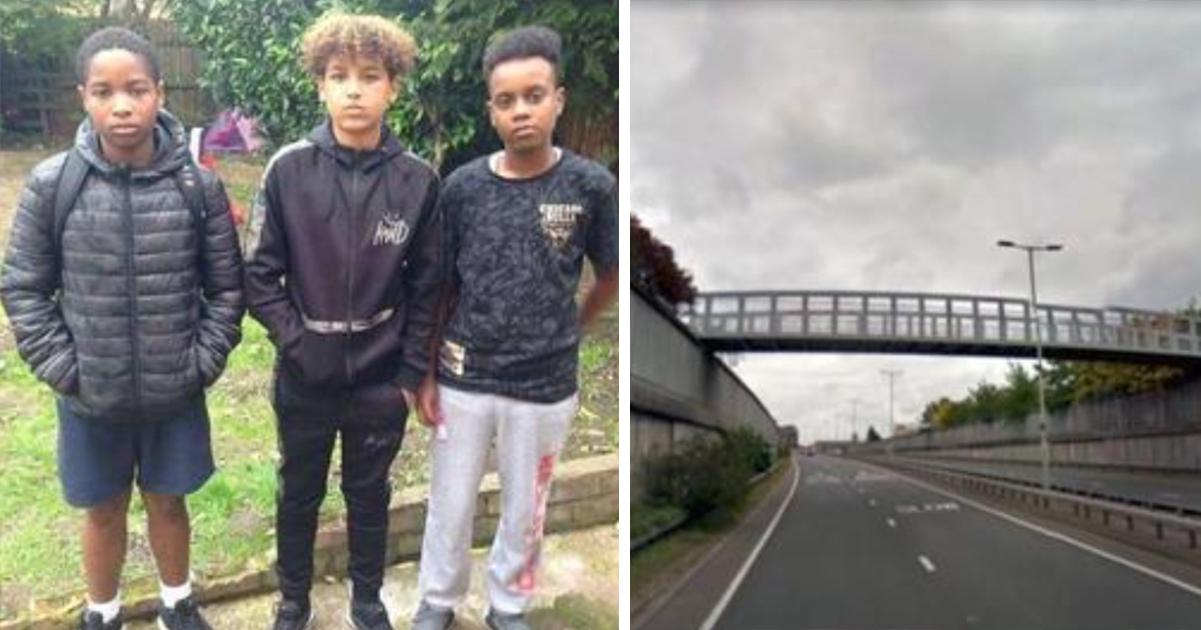 Today our story shows there are good people alive even today. Those types who go out of their way to help others unknown to them. Yes, 3 boys on way home from school did just that.

3 Boys On Way Home From School Save A Man

The young boys, Devonte Cafferkey, Shawn Young, and Sammy Farah are true heroes who should be praised.

Though it’s common for teenagers to be wrapped in themselves and not bother about what’s going on around them.

@Gidi_Traffic 3 heroic schoolchildren in UK,Devonte Cafferkey,13, & Sammy Farah,14-who refused to let go of a man trying to jump off a bridge & saved his life are set to be presented with national awards.The kids rushed to grab a man sitting with a rope around his neck last year. pic.twitter.com/ah50qv7WwG

But our heroes Devonte, 13, Sammy, 14, and Shawn, 12, were in the right place at the right time. And they risked their lives to save a man.

On the way back home the boys saw a 21-year-old man sitting on the edge of the overpass and had a rope around his neck. tragically, the man intended to commit suicide. But his guardian angels weren’t going to allow this.

Speaking to Steve Harvey, Shawn said they saw him sitting with a rope around his neck. Then Shawn and Sammy grabbed him and pulled him down.

The Boys Talked The Man Out Of Commiting Suicide

Humane Award For Three Schoolboys – 29 March 2018 – Three Schoolboys  who saved a man by holding on to him as he tried to jump off a bridge are to given awards.Devonte Cafferkey, 13, and Sammy Farah, 14, and (…) https://t.co/mhqdNTT7N0 pic.twitter.com/9eiWDxp1Mo

The boys then kept on talking with him and made every effort to convince him to stay alive and away from the edge.

But the words made no difference to the man and again he tried to jump. That’s when Devonte, Sammy, and Shawn quickly grabbed him and pulled him back again.

But by now the man was passing out and getting heavier for the boys. So Shawn began to call out for help while Sammy and Devonte struggled to hold the man. Thankfully, the authorities came in time.

The Brave Boys Got Recognition

The three boys got recognition for their brave act. They were given the Royal Human Society certificate signed by Queen Elizabeth of England.

It’s really nice to know there are young heros even today. Who are willing to go out of their way to help total strangers.