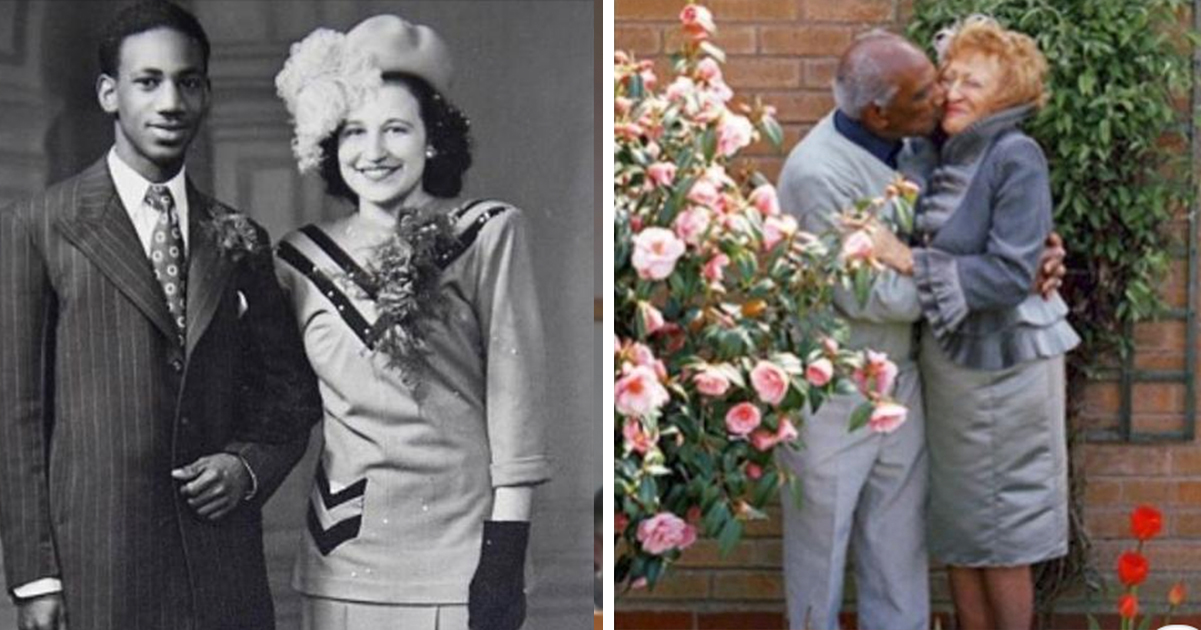 Yes, Mary was thrown out for loving a black man. Mary, white and Jake, black met in Britain back in the 1940s. Although they lived in the city, there were very few black men.

Loving A Black Man In The 40s

It wouldn’t have mattered if Mary had walked away but for her it was love at first sight. And she would go to any extent for her love and stay with him.

What was it like to be in a mixed race relationship in the 1940s and 50s? We meet Jake and Mary Jacobs who got married in 1948 pic.twitter.com/E56ZP6QLbs

She Ended Up Loving A Black Man But How?

Jake had come over from Trinidad during the war to the same technical college Mary was in. She was there for learning typing and shorthand while he was there for his Air Force training.

Soon both began chatting. Mary was impressed with his knowledge of Shakespeare.

Jake and his friend invited Mary along with a friend for picnic. But a lady saw them and instantly informed Mary’s father. Who banned her from meeting him again.

Then Jake went back but both wrote letters to each other and after a few years he came back for a better pay.

She recalls, she left with a small suitcase and no family came at the register office.

Their Life After Marriage

Mary spoke to the Daily Mail and said people would stare at them when they’d walk on the street together. Then she fell pregnant. Sadly, she gave birth to a stillborn child at 8 months into the pregnancy.

She recalls it wasn’t cause of the stress but it broke her heart and they never had any children again.

Though in the beginning it was hard as Jake couldn’t get any office job, because white girls felt uncomfortable working with a black man. But soon Mary began to work as a teacher and soon rose to become assistant principal for a British school while Jake managed to get a job at the Post Office.

Loving A Black Man And Still Together

Today Mary is 84 and Jake is 89 years old and live in a town of Solihull, south of Birmingham and recently they celebrated their 70th anniversary.

Now that’s true love. Despite all the obstacles, they are together with no regrets and still in love.