A Today our focus is on Matthew Stewart who’s a popular TikToker from Florida. He shares a lovable bond with his 88-year-old grandmother Bobbe. They shared such a special relationship that this grandson builds special room in his home so his GB, as he calls her, could live with him. 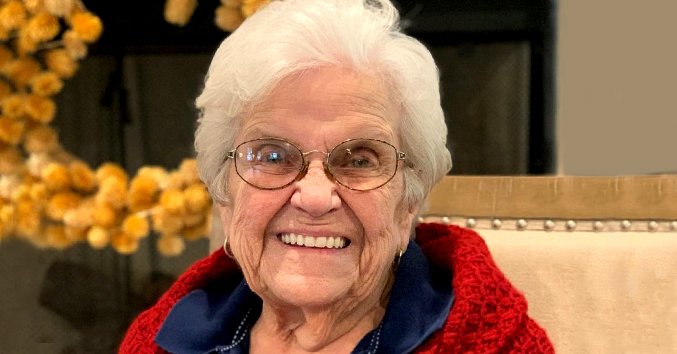 For Stewart his grandmother meant a lot as she had done a lot for him over the years. Over the years the videos he posted of his grandma became viral across the globe.

Grandson Builds Special Room For Grandma But Why?

Stewart never thought his grandmother would be diagnosed with Alzheimer’s. And since then the only thing he wanted was to be sure she’s safe so he decided to move his grandmother over to his house with his wife.

The devoting grandson shared an instagram video of the wonderful moment of his GB moving in October 2020.

A Surprise For His GB

Stewart drove his GB to his new homes site where he also showed his GB the special room that included a bedroom, bathroom and a sitting area so she could move about with comfort.

He remembers when she cried and said ‘just to know someone wants me’, literally breaking his heart to hear his GB say that.

Stewart said it’s the least he could do for the person who supported him during his hardest times.

Later on he also shared a tear-jerker video of transforming his home into a salon for his GB so age get her hair treatment as her regular salon was closed due to the pandemic. GB loved her new hairdo and the video got 1.3+ million views.

The last video of Stewart and his GB was with his wife when they shared the news they were expecting a baby. And his GB is going to be a Great GB. GB was overwhelmed, speechless and crying. Till she said she is ready to change diapers.

Sadly shortly afterwards she had a fall and had to go into rehab. Stewart hoped the baby’s news would push her but unfortunately his beloved GB passed away  by the end of January.

On February 13, 2022 he shared some beautiful moments on what would have been her 89th birthday.

The couple’s daughter was due in April.

GB was an amazing person who brought joy to all who knew her. This post also lets us realize why we should keep our loved ones nearer to us, especially our grandparents.