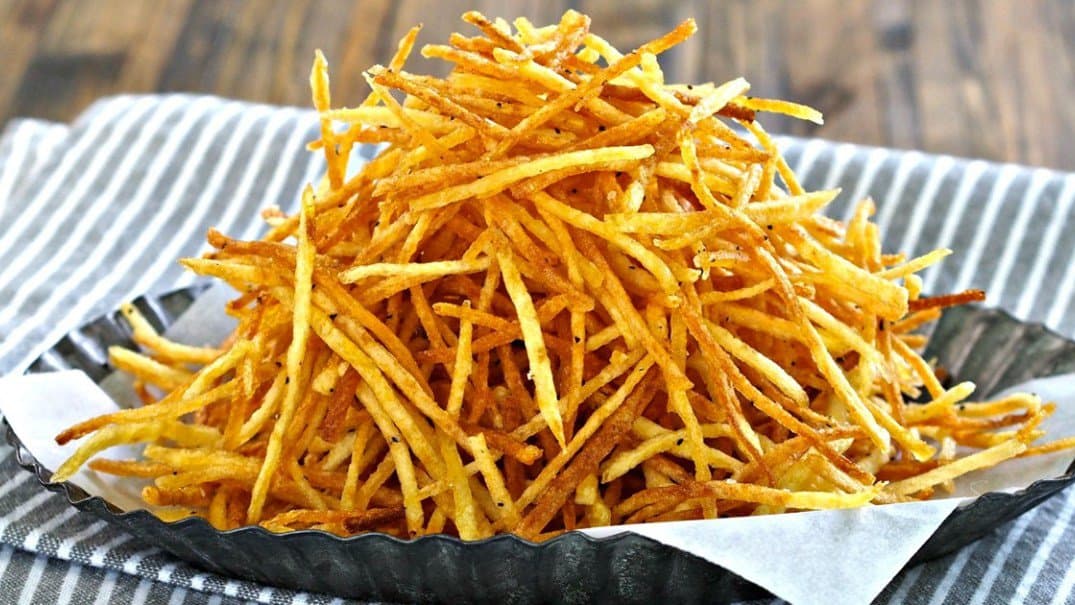 A step-by-step recipe that walks you through the process of making the perfectly fine, crisp, golden potato fries every single time.

Jhuri alu bhaja needs no qualification to occupy a spot in the Bengali cooking canon. Crispy, fried potato juliennes—served alongside some steaming rice, hot dal, and a wedge of lemon—tend to justify their own existence.

For this recipe, we’ve borrowed the principles of French-fry making, and applied them to jhuri alu bhaja. Three important things need to be kept in mind:

(1) The cut potatoes should be washed in plenty of water to rid them of starch;

(2) before frying, the potatoes must be thoroughly dried—any moisture will yield limp fries; and (3) the potato juliennes must be fried in a pan full of oil, at a steady temperature of 180°C (that is, the oil should be hot, but not so hot that it begins to smoke).

Without further ado, let’s get into the step-by-step guide to making the perfectly crisp jhuri alu bhaja every single time.

Mix together the freshly ground pepper, salt, rock salt, chaat masala, and red chilli powder in the given proportions. Sprinkle this mix on the alu bhaja just before eating. Salt, being hygroscopic, tends to absorb moisture from the air, and turn the crisps soggy. Without the seasoning, the alu bhaja should keep for up to 7 days in an airtight container.